Went to a little "pa-tay" over the weekend... 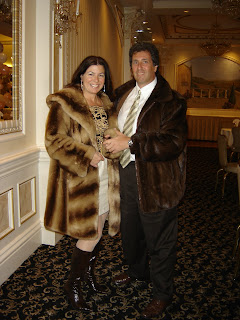 The big question was not if I actually switched to vintage for the evening, but which one is "faux"?????
Maybe I should ask that question on my next survey...
Posted by John Buckley at 6:06 PM No comments:

Well, the "holiday" season has finally ended, thank God. After one of the strongest openings in 2008, the final quarter was as dismal a quarter since 1st Q 2002. There were many highlights for this dealer, and many others. 2008 was a year of great heights and frantic bottoms. As I have been reporting, the market has dipped. Quite an understatement, huh? While I could easily see the watch market crash coming, I was kind of surprised at the whole global economic plummet. That was the nail in the coffin and the reason we will not see a turnaround in vintage Rolex for some years to come. Think about it: the watch world was so hyped over 2007/8 that many new people jumped in and bought high. Now, many are looking to cash out and there are no buyers. None. On 47th street I am seeing lots of nice stuff but I am not sure what to make of it. What would you say to an A serial Zenith w/black dial and full sticker on the back @ $8k?? I said "no". Is this really happening? are Zeniths going back to 2001 pricing where they would trade between $6-7k? Maybe. UI for one know of a dozen nicer than nice Zeniths and none are selling between $8-10k so I guess I'm going to just sit and watch. Funny thing is the plastic Daytona market is holding for now. Check Ebay #300284498660, 6263 full boat. Not bad at $26k. Had to be an end user because I know I woukld never pay that much, even though it seems to be a right piece. Who knows! Look at the red Sub market and the beating it is taking:
Ebay 160306161025 was a 200/660 and it did not get to $11k. There is also a "buy it now' from a known NJ dealer for under $9k on a 660/200 but no takers. I never had faith in red subs as they are really not rare and kind of a "commercial" collectors piece. I guess others feel the same.
There are lots of them and even the "full boat" perfect peices are stalling.
Speaking of "perfect pieces", I am seeing many high line dealers posting on VRF and Ebay. Now we are talking about the upper crust of dealers looking for someone, ANYONE to buy these pieces they obviously paid too much for over the last year. I have to cringe when I hear some of the "down market non-believers" squawking about condition, provanance and other crap. I don't care how nice some of these pieces are they will NEVER fetch the money asked. Not anytime soon, believe me.
We have to look at this market as an opportunity, but opportunity for what? I am seeing some nice stuff but none of it is worth buying as the market has not bottomed. The bottom of this market will arrive in September of 2009. Many dealers and "professional collectors" will hold out until after tax time but when the annual "summer slow down" hits, it will finish the deal. I am curious to see what the big auction market will do. I have to say, I am appalled at the absolute junk I saw during the last quarter of '08. Nothing fresh. I do hope we see some nice stuff from the big boys, and I implore those affiliated who are reading this to MAKE SURE ITEMS ARE DESCRIBED ACCURATELY.
Yeah, the auction fellows are not big fans of mine these days. I wonder why? ;)
I will say I am pretty sick of all the threats and legal letters. They seem to think no one else is hip to all the fakes and other pure crap they are putting out there. We need to have some accountability and until then, I will post what I see and damn the repercussions. Last year one of the big houses was "tipped off" to a post I made on VRF regarding those damn fake 3 CROC dials. Oops, I guess I should say "in my opinion"! Kind of interesting as I did some research and found out who the "tipster" was. "I know it was you Fredo...you broke my heart". Nah, it really did not break my heart but as a Brooklyn kid we do not take kindly to RATS. Can you believe this crap?
I am not going to get into the $10k reward and how no one has claimed it in over a year but come on!
I have always been a loyal soldier but I guess I have too much time on my hands lately. All these dealers who want me to keep quiet are beginning to annoy me. The market is down and I will talk about it just like I spoke about it when it was on the way up! Remember that boys?
ANYWAY...I really hope collectors begin to buy again. I am moving stuff but it is all modern and not really "collectible pieces. The service division is going really well. I guess people are holding their favorites and want them to work properly. I for one am wearing my new found collection. Yeah, I have a few choice pieces I will not sell cheap so I guess I am now a collector. OK. Wadda'ya gonna do?? They are not worth as much and you don't have to worry about beating them up.
Posted by John Buckley at 7:13 AM 2 comments: 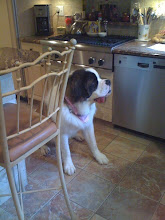 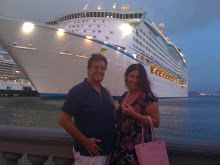 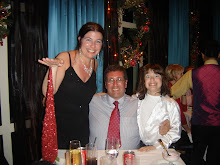